Actually I like rainy days, but definitely not Mondays.

I was thinking about where I am in my life, especially as my 53rd birthday draws near. I was born in the 60s when our futures seemed so bright. A man walked on the moon, vaccines promised greater health for common – yet deadly – diseases, and there were these things called “computers” that were used to make everything run better and faster.

I grew up with the assumption that I would finish school, go to college, get a job, and be financially secure. I never aspired to wealth or success, I just wanted to make a decent living. Now, in 2015, that dream has been shattered. In the 1990s I was working at a very large corporation in San Diego and read about off-shoring jobs during that time. It made me wonder what would happen when all the jobs went away.

Unfortunately I found out since the current state of employment reflects just that.

Prior to when I started working in the 80s, businesses used to be proud of their employees. Having many employees meant the business was successful, employees added to the value of the company, and if the company was in manufacturing then the employees could also be the customer. Henry Ford understood that concept when he made sure pricing for this automobiles fit what his workers could afford.

Not so much these days.

The 80s ushered in the Gordon Gecko “greed is good” mantra and the business model shifted from “share the growth” to “I’ve got mine, screw everyone else”. Employees suddenly became a drain on profits and shareholders were now the ones in charge. Merger-mania was abundant and the larger companies were gobbling up the smaller ones not only to obtain their assets but to get rid of the competition. Many jobs were lost due to duplicate positions after the merger.

With the Tech Boom in the 90s, I watched in horror as venture capitalists literally threw money at young people who knew anything about this Internet contraption. However the money never really went towards building a business, it went to buying expensive cars and luxury homes; if the start up managed to grow an actual, thriving company they turned around and sold to the highest bidder. Once again people lost their jobs and the guy at the top got all the money. Screw you, peasants.

I didn’t work much during the early 2000s due to my younger son being diagnosed as autistic. This is where I earned that dreaded disease called “a gap in employment”. The Gap in Employment stigma is worse than a pirate’s black spot, it leaves hiring managers in terror. After too many online application questions asking me to explain employment gaps, I wrote the following:

(Side Rant: Why bother asking me to upload my resume when you’re just going to make me type it all into the job application? ) 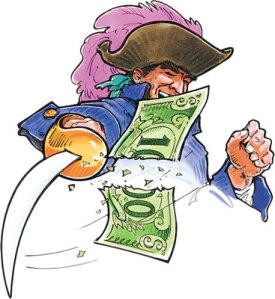 The great crash of 2008 and my subsequent divorce have left me with nothing. No job, no retirement, no savings, no home ownership (I rent), and no car ownership (I lease). I lost everything. Add in the fact that age discrimination is alive and well, I doubt I will ever have a decent paying job ever again. I have too much experience, I know more than the hiring manager (they hate hiring people who are smarter than they are), and I understand California Labor Laws. They can’t take advantage of me so they wont’ hire me. I can’t even get a job at Walmart, that’s how pathetic I am.

I have done plenty of temp jobs, but many of them end before I am eligible for Unemployment benefits so I used up all my retirement and savings to keep myself afloat in between jobs. I have been advised to move away where there are more jobs, but the child custody arrangement for my younger son doesn’t allow me to leave.

I was told if I followed the rules that I would have a secure and successful life. Unfortunately the rules changed.